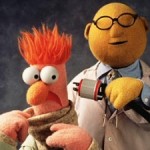 The Fairfax location, because of it abundant outdoor area, is one of the top 10 locations for World of Beer, headquartered in Florida. The Reston location was within the top 10 until Fairfax opened, so two of its top flight locations will be leaving the fold, a fact not to be missed by World of Beer.
Posted by Brian Smith at 12:14:00 AM