Sometimes you just want to have a pleasant dining experience. It does not matter where you go, you want to know that you can relax, put your feet up and have feel that everything will be OK. But the question is where? In the neighborhoods of Alexandria and Arlington (Ballston, to be exact) the name of the place is Rustico. 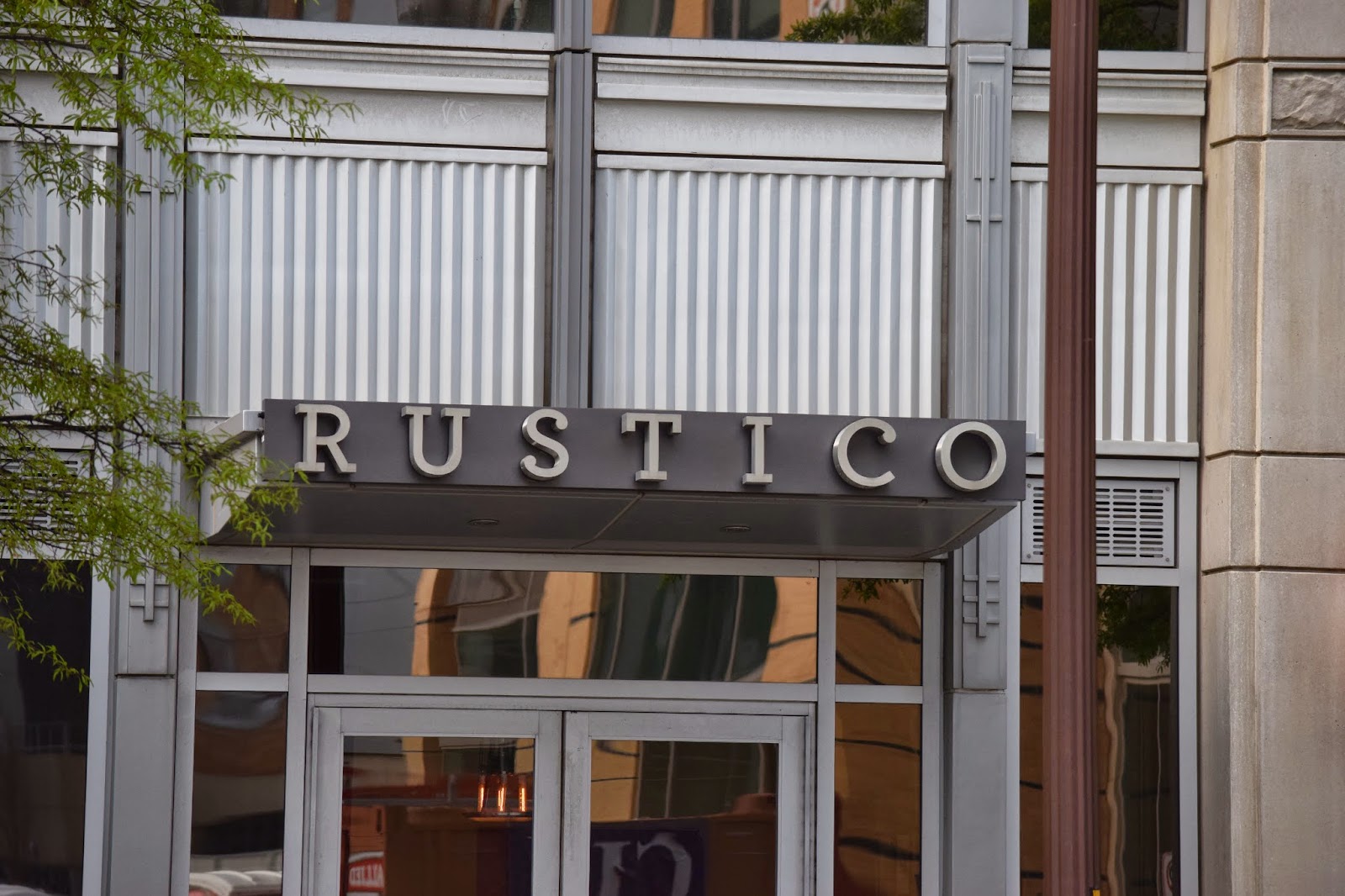 Rustico is owned by one of the larger beer conglomerates in the area. This group also owns the Evening Star Cafe, ChurchKey, Birch and Barley and several of their supporting businesses as well. They represent some of the best of not only the beer community, but the restaurant establishment as a whole.  Their secret is a training program that emphasize the importance of beer and the centrality of beer to the meal itself. Two weeks of solid training followed by a constant and rigorous follow-up program makes all of the wait staff solid in the knowledge of beer. They are all minor beer gods. It is rare that you get one by them and it is pleasant to have a discussion. It is a true mark of distinction.

Having been to the restaurant in Alexandria a few times, I decided to try the one in Ballston. Alexandria has a older feel to it and is more family oriented. Ballston has a younger, more energetic  feel to it, partly for where it is and partly for where it sees itself in fifteen to twenty years. Each restaurant location is imbued by the demeanor of its location but is not trapped by it.

I parked at the Ballston Common Mall and walk over one block to the restaurant. I was given a choice of waiting for an hour for a table or taking a spot in the bar. Opting for the bar, I was greeted immediately by my waiter, Zach. (See, I remembered!) Zach is a wealth of knowledge about beer. You can talk to these people about beer and it is a fair and open exchange.

First, I had picked out a Straffe Hendrik Bruges Tripel Bier 9 Degree from Huisbrouwerij De Halve Maan - Brugge (Walplein 26 8000 Brugge T +32 (0)50 44 42 22 F +32 (0)50 44 42 20 info@halvemaan.be). A nice, strong, moderately colored beer with just the right amount of “soupy” character to it. One could not recognize a finger or a stick behind the glass. It was nice and strong without revealing itself. Zach noticed my choice and recommended another similar beer that went with perfectly with my scallops. The Leipziger Gose was a light and crisp, slightly darker beer, with a slight hint of salt, produced by Bayerische Bahnhof (Bayrischer Platz 104103 Leipzig). It was perfectly crafted to go along with with my scallops and Brussels sprouts.

So why mess with a good thing.  I gave Zach carte blanche for the final beer. I figured he could be right once, but twice and he was a keeper. He did not disappoint, selecting a Bitter Valentine by Ale Werks Brewing Company (189B Ewell Rd, Williamsburg, VA 23188). This beer had a slight bitterness and a higher than normal hop flavor, but it was very good. The key to be beverage was its aroma which neither of us had predicted. Again, it was keyed to the meal.

So Zach was two for two and I called it a night. The night ended much the way it had started -  relaxed, comfortable and right on the mark. Rustico in Ballston lived up to its reputation both in the service of the food, but more importantly, in terms of the service by the personnel, notably Zach and his colleagues. They made the relaxed atmosphere and that is what I wanted all along.
Posted by Brian Smith at 4:19:00 PM