One of the best arenas to see the rise of craft beer culture in the south has been the Mafiaoza’s Music City Brewer’s Festival. Now in its eleventh year, the festival has been center stage in the development of the southern craft scene and has often served as a platform for exposure and opportunity for new and emerging brewers.


Candace Price, owner of half FULL Productions and principal organizer of the festival for the last 11 years witnessed first hand the growth of the Nashville craft beer scene.

"Our first year we probably had about 1200 people, 7500 now, so it has grown quite a lot in attendance. We have about 60 breweries and we didn't start out with that. I think the industry in general has grown quite a lot over the last 11 years too," said Price, "It is interesting to me to see how the local scene has changed over the years, we used to have only a few local breweries now we have roughly 10."

There is really no argument that the southern part of the United States is still behind in the craft brewing scene. Georgia and the Carolinas are rapidly expanding but are still miles behind the craft scenes of the Northwest, Midwest or Northeast. While those states are starting to do well, others like Mississippi and Alabama are just managing to creep out of the dark ages. Their craft brewers have had a tougher time not only with draconian regulations limiting alcohol content and bottle size but with a culture that wasn’t open to the creativity and taste of craft brew. Now though the cracks in the wall have become gaps and southern beer is starting to flow.

The real stars of the show though were the emerging Nashville and regional craft beer scene. This was a front row showcase of a brewing culture sweeping through the region. Nashville craft beer king Yazoo stood shoulder to shoulder with brand spanking new local breweries like Jackalope, Cool Springs, and Turtle Anarchy. (Turtle Anarchy had only stood up about 20 days before.) The brewpubs Bosco’s and Blackstone were both in attendance with impressive lineups of their own. A few short years ago this kind of diversity didn't exist here, now Nashville can actually make claim to a true craft beer scene. 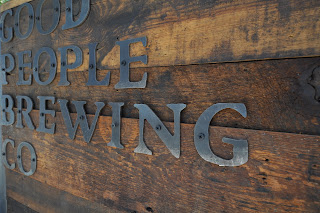 Even more reassuring for the craft community is that this emerging scene isn’t only occurring in Nashville. While the Nashville scene made their presence felt at the Festival, even more impressive was the regional brewers who were present. Breweries from Alabama (Avondale/ Good People Brewing), Kentucky (Kentucky Ale),  Georgia (Terrapin & Sweetwater), Mississippi (Lazy Magnolia), and North Carolina (Craggie and Highland) to name just a few all turned out. Take a moment and realize that this is a pretty incredible assortment from an area that has been underrepresented in craft beer for awhile.

Price summed it up, "We have brewers that are looking to break into the Nashville market that come to this festival to launch their brands here. It is a good opportunity for our local distributors to look at some different brands that they might want to bring into the market. It is really pretty impressive for both a business to consumer and business to business opportunity. It is a great opportunity for these brands to be able to touch consumers that are very passionate about their product."


Breweries arrived with a diverse selection of brew from here-weizens to stouts, with even a few Oktoberfests spotted, though a majority were summer beers, a good thing too since it was sweltering during the daytime session. Some of the brewers had brought a few special barrels too. Standouts that I tried included Cool Springs Brewing's fantastic Berliner Weisse, Magnolia Brewing's rarely seen out of the state Jefferson Stout, Another Way to Rye by Turtle Anarchy, Spring Street Saison by Avondale, and Number One Frog by Jackalope Brewing. Overall the selection of brews at the festival were an encouraging blend of of styles showcasing the confidence and quality coming out of these breweries.

The Festival was a well run affair, reasonably priced, nice food selection, and with a good mix of national, regional, and local brewers pouring a diverse array of beer. The brewers were passionate to discuss their brew and talk with guests, continuing to develop the community that makes craft beer special. Here is the final word. People of Nashville rejoice! You have got yourself a cool craft beer scene that continues to evolve. Craft beer drinkers, if you want to catch a glimpse of the southern beer scene then the Music City Brewer's Fest is highly recommended to experience the creativity and innovation coming out of an area that is on the tipping point of booming. I’m looking forward to attending again next year.
Posted by Unknown at 8:18:00 PM