Well, the first Drink of the Week appeared to go over with great success, so I think I will try another one! But where the list last week seemed to be carrying on through with winter lagers and ales, this week we are going in the opposite direction. We are head for the South to where are kindred spirits in beer consumption are experiencing summer. I know, I know, but it is not always Winter and Spring on our calendar and we should try these out as well. Besides, I have very little knowledge of these brews and who knows, it may be just the ticket to finding a natural breath of fresh air!

Crimson Ridge Val No. 1 - Premium Hard Cider:  This one looked pretty good, but with most ciders it fell a bit short on the taste-o-meter. It starts out well, but then it begins to fall down as we get further into the taste. By the end, its pretty well shot its load and its left with just water.

Cerveceria Boliviana Nacional -  El Inca: This one advertises a dark beer so it hopefully is good. I like dark beers, but those from southern neighbors (and nobody can doubt, Bolivia is WAY southern) have a reputation as weak. We shall see!

La Cerveza Preferida De Los Argentinos - Quilmes Cerveza: This is advertised as the favorite of Argentinian beers and we all know what that means! But I have purchased it for the sake of comparison, so lets hope the Argentinians are more honest.

Cerveceria Hondurena, SA de CV - Salva Vida: This one has me puzzled. Its from Honduras and that is far as I am going to guess. Two points to anyone who can contribute more!

Cerveceria Centro Americana, SA - Famosa Lager Beer: This is brewed in Guatamala for consumption inside the country if my translation is right (and there is nothing saying that it is). The mixture of Spanish and English on the bottle says it at least get picked up by gringos! 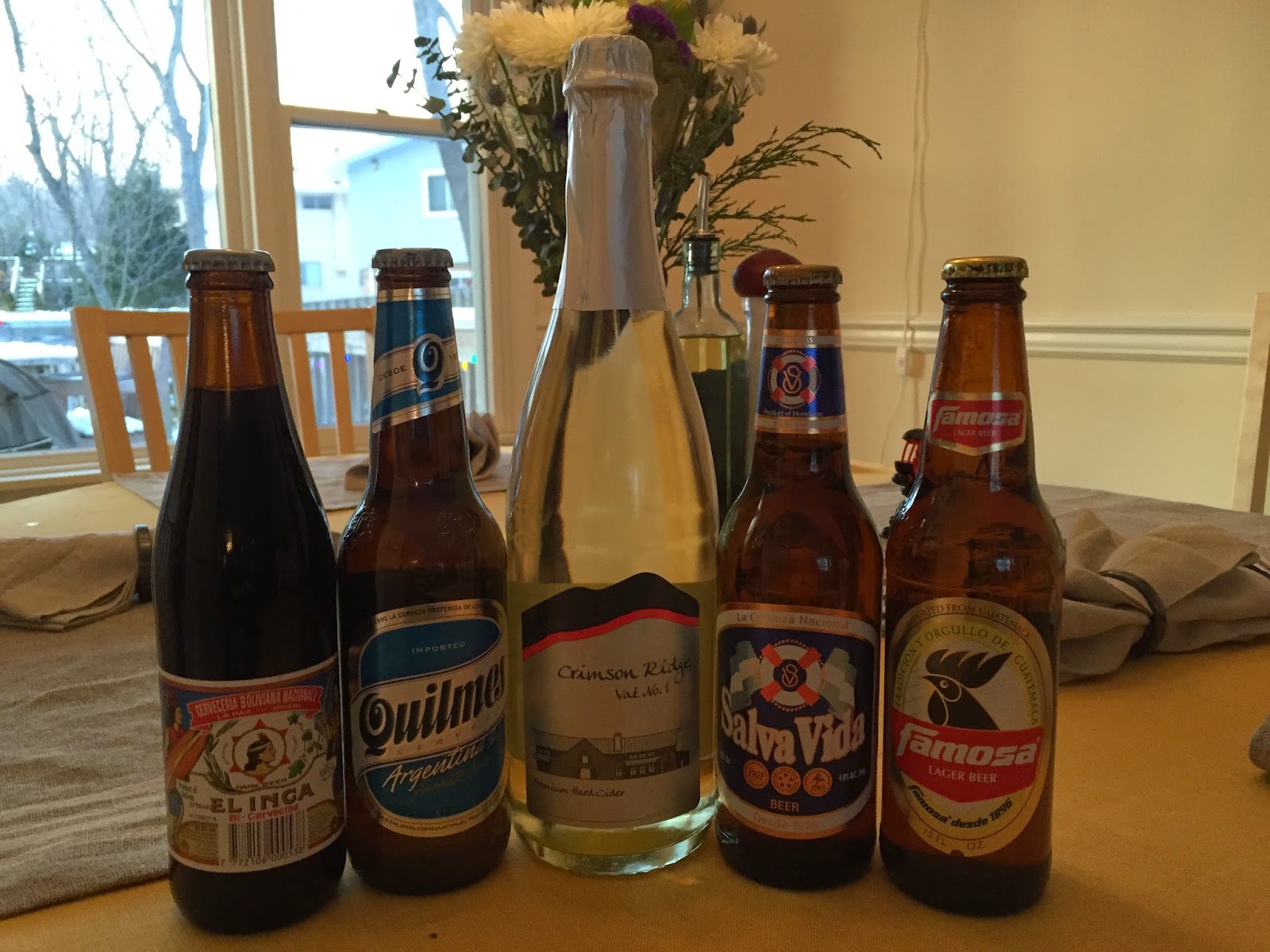 So, here we go on the venture over the border!