I have decided to pick up a habit Skye Marthaler has occasionally engaged in and publish my drinking schedule a week ahead of time. Yes, believe it or not, I am putting my lips to the bottles more than once in a while (if you follow me on Facebook, you have images glued to you eyeballs by now, except Darryl May) but I do actually do it. So to bring more of you into the fold, I thought I would publish a drinking schedule and you can make your comments up front and personal! :-)

The first bottle is going to be a New Glarus Strawberry Rhubarb. This pie flavored inspiration my not seem like a beer inspired creation, but I think you will think twice on drinking it!

The second bottle is going to be a Hardywood Barrel Series Bourbon Sidamo. This one promises a cross between a coffee Imperial and bourbon barrel. We'll see how it turns out.

The third bottle is a Blue Moon Proximity from their Vintage Ale Collection. I have a feeling that we are for a ride on their India Pale Ale collection, but it remains to be seen.

The fifth bottle is Ommegang's Chocolate Indulgence. I have high expectations for this one, given the other notables that Ommegang has let out of their doors. Its a nice extension for Ommegang to add chocolate to it ingredient listing. 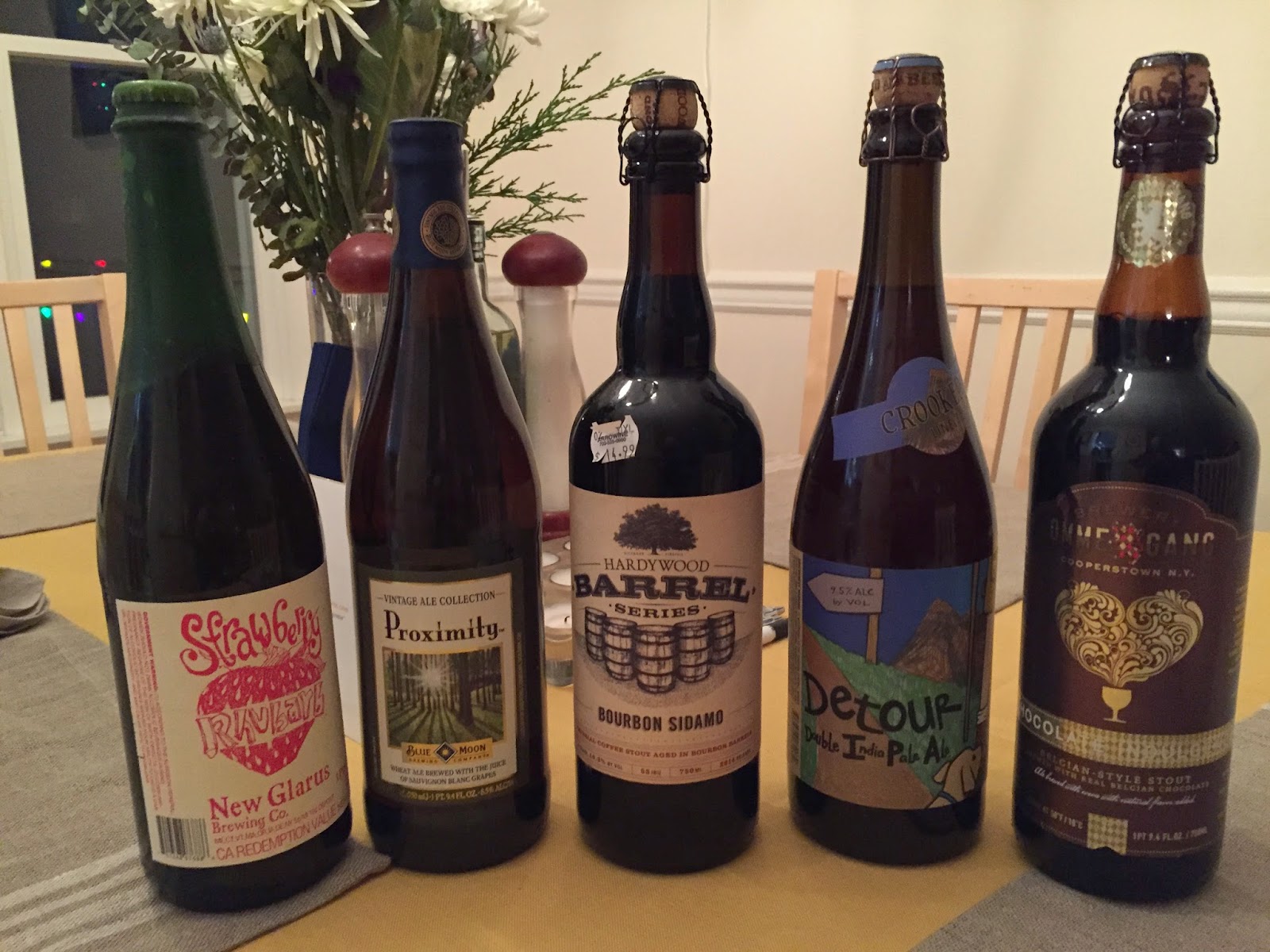 So there we have it. Let me know whether or not you find this interesting and I will keep it up. This is not my entire listing - the weekends are a surprise, as much as for me as for anyone - but it helps you stay up with what I am drinking and commenting on.