Rise to the Top - the Chocolate Top!

First, lets start on a kind of macabre topic. My Dad died six years ago. It is a big happening in my life because as a only child it left me all by myself.  Now it didn't leave me all alone ("all by myself" and "alone" are two different thing, left alone for me to decide) - my wife and my two sons were still by my sides, and I had my job with a government contractor. My extended family in California was still with me and they handled the bulk of funeral arrangements. But nevertheless, I still felt alone (and sometimes still do) in the world. It had always been the three of us. Mom, Dad and me, going places, doing things, checking in. I had moved away from my parents immediately after college, promising to return. I never did and though Mom had been pretty good at believing me that I would return, I still had the feeling that she didn't really believe me. Dad had believed that I had left and I would return when the time was right. I didn't worry about him, he just knew I would be back. Well, my parents are both gone now, the immediate family had dissolved (we are on good terms) and my job is gone. I had suffered a brain aneurism (I got better!) and now I am writing a blog about beer and just begun to hunt for a job.  The world had taken a few major turns and it seemed like I was hanging on. I am a pretty lucky guy.

Now where am I going with this? Well before I had this episode, I had also been thinking about chocolate. Deep, rich chocolate. The kind you think about when its a winter night and the wind is blowing gently through the trees and the temperature is dropping - and the goodness of chocolate is creeping up in your mind.  It just oozes in there and before you realize it, a cup of hot chocolate really sounds good.

The Shake Chocolate Porter brewed by the Boulder Beer Company was really calling my name and so it was a trip to the Del Ray Pizzeria for a round of this fantastic brew. This is the first microbrewery beer in Colorado, having been in business since 1979 with the 43rd brewing license issued in the United States. In terms of the national craft beer craze, these guys were present at the Creation (or the start of the evolution is more like it.) After moving out a barn with goats to a larger building, they have been in the same structure in Boulder, CO.

The Shake Chocolate Porter is an American porter. It is a 5.9% ABV and a 39 IBU with a "dark black in color with a rich sweet aromatics and flavors of dark chocolate, coffee and caramel. This unique brew blends five different grains, including Chocolate Wheat, that along with cacao nibs create devilishly delicious chocolate finish with a velvety mouth feel."

Rather than oozing chocolate, its like a chocolate shake with a dark, rich, velvety soul at its heart. You just keep wanting to hit the glass well after its done, hoping for one last drop that it says that its over, but never quite reaching it. The quoted line is right in line with the taste of the beer. Its really good and tasty. Mom and Dad seem to regard thinking about chocolate as a secondary consideration, but when you get down to it, chocolate sometimes is the central topic. 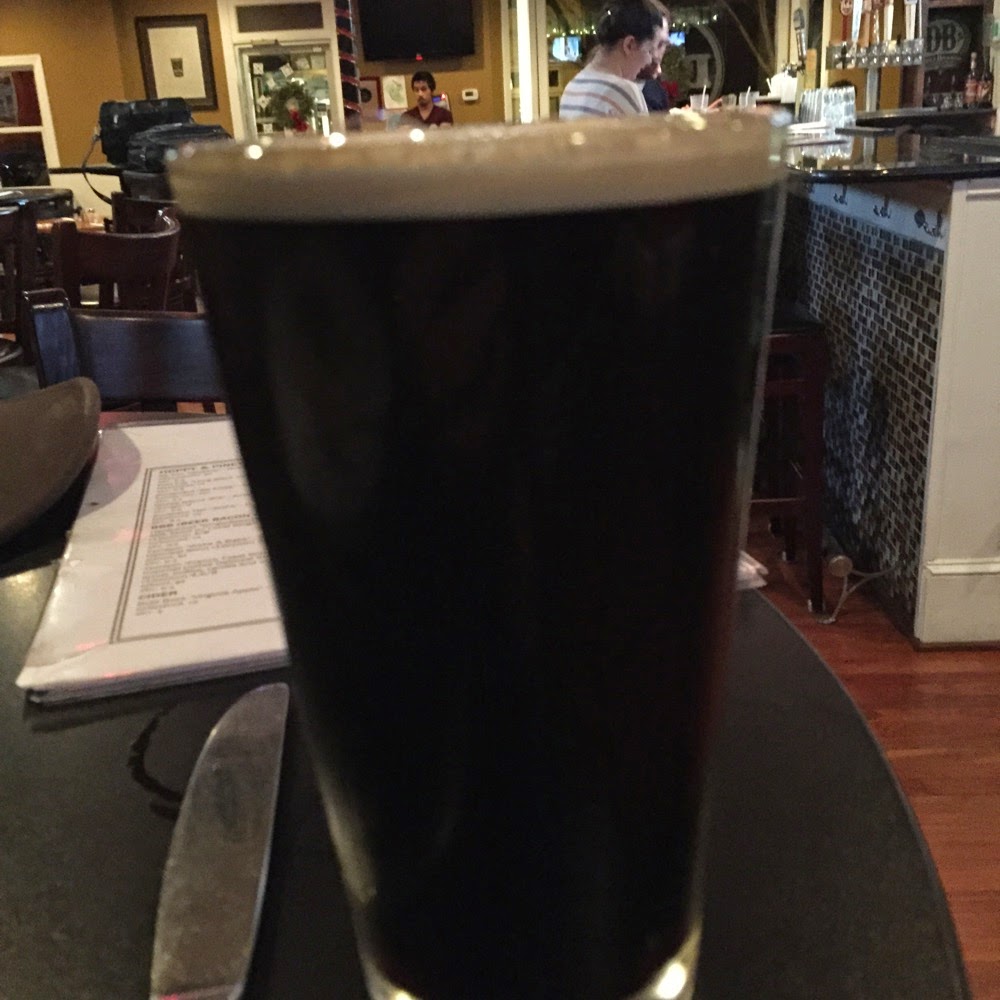 So, there it is, how I got from thinking about my Mom and Dad to a thorough debate on the merits of chocolate. I will always be thinking of Mom and Dad, in some small way they are always with me, but I think it is a pretty major leap to be including them in the Shaker Chocolate Porter. Hey, its the way that I roll.