Corcoran Brewing - Getting There, But Not Yet

Before we went through all of those curves of interest and distractions, I was actually pursuing a hypothesis. It goes something like this - the closer a brewery sits to a large river and opposed to a small one, the generally better its beer is. OK, its less a hypothesis and more of a general rule, but the basics were holding up. The closer a brewery is situated near a large river, the more access it has to its competitors, to their innovations and is more able to bring their clever tricks to its own beer should times get tight.  Most of the time, though it is the size of the river that dictates which breweries tend to succeed and I was going to go out and procure more data to hold up this rule of the road.

I prepped for going to the Corcoran Brewery out in Purcellville. Purcellville is close to the northern end of the Potomac River and it is a much larger marine thoroughfare further south just south of Washington. In Purcellville, though, they have the much highly anticipated Adroit Theory Brewery and some local coffee places, such as LoCo Joe's, which provides beans to the Adroit Theory for some of its beverages.  So I have good data related to the general rule and enough confidence in the ancillary information that we should have a good experiment. Boy, was I wrong. 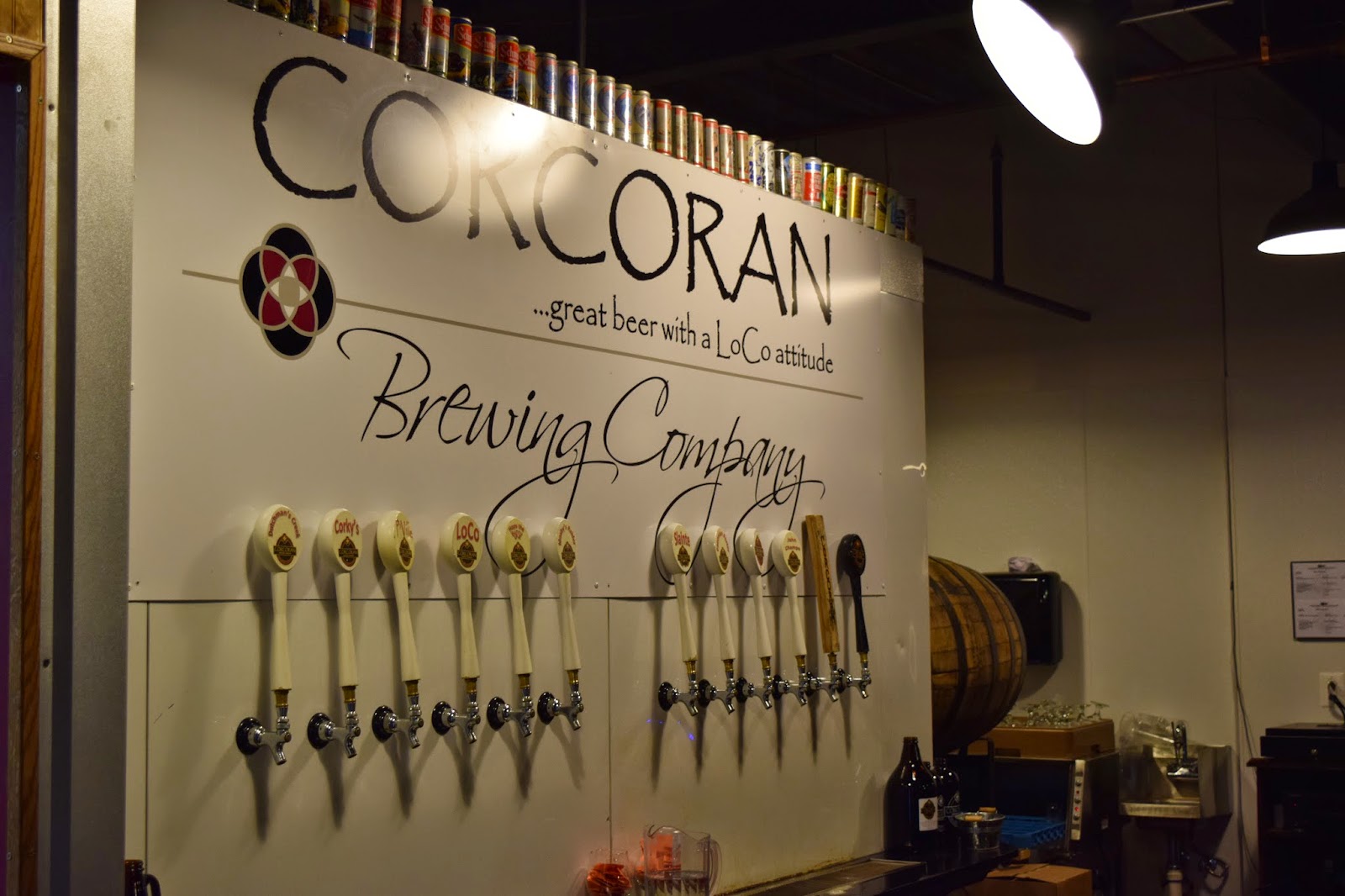 The Corcoran Brewery is located around back of the building it shares with a hospital. But it was easy to find, and as I pulled up, there was a good crowd in the place. The beer list was out and I counted out roughly 15, maybe 20, beers that they had on draft. (Actually, they had 23 beers on draft.) So, I ordered five and sat down at a corner table.  Here is how they stacked up:

Dutchman's Creek: It starts OK, but then drops off to a watery finish. It was not good. A hefeweizen should start strong and should finish strong. Its a loaf of bread in a glass and we like it that way, but Dutchman's Creek failed this test and failed it miserably. You can usually tell when a beer is going to be this bad when you look at it, but the appearance was pretty good. Sometimes, all we can do is taste it, and this one was unfortunately weak. 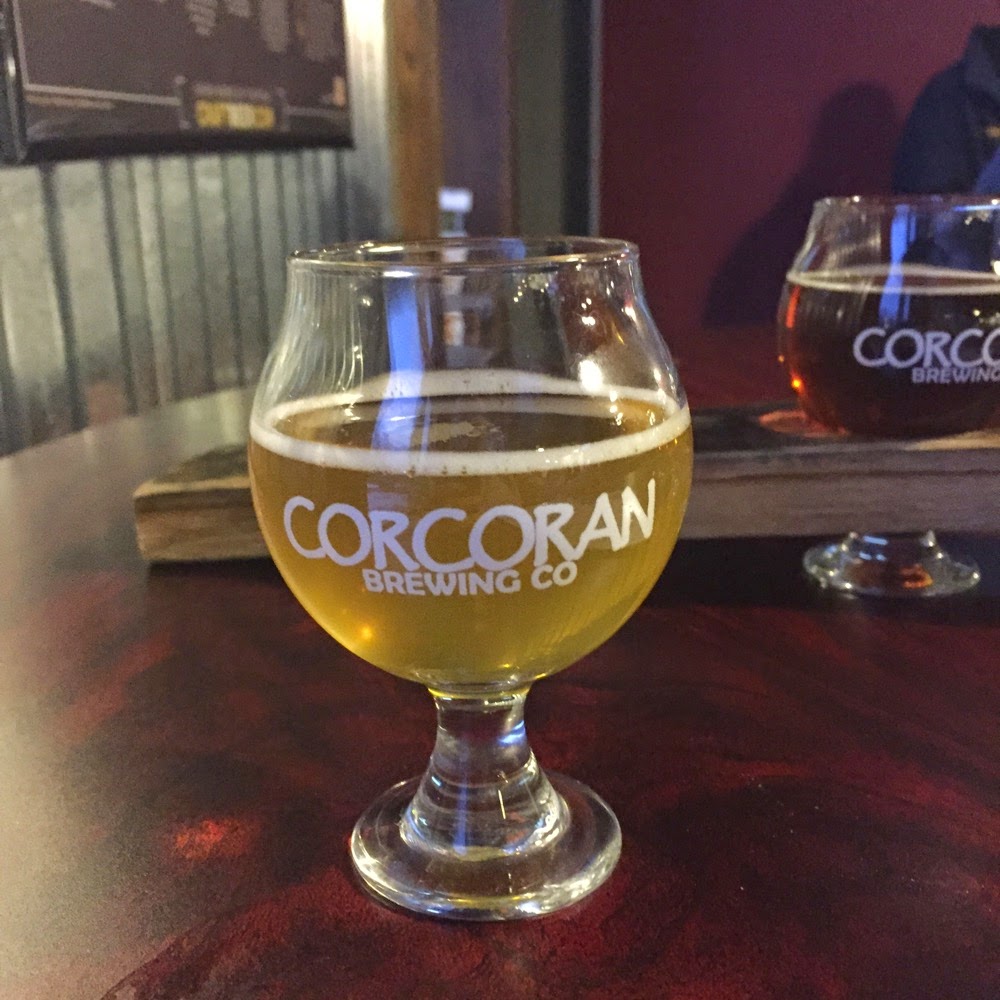 Corky's Irish Red: This just went south in a hurry. I usually try to give the beer after a poor one a chance to make up the space, but Corky's Irish Red just did not measure up. It was just flat. You found yourself thinking that it would strengthen, but it start off weak and just fell down from there. I know, I am trashing an Irish Red on St. Patrick's Day, but this is one beverage the Emerald Isle should not take credit for under an circumstance. 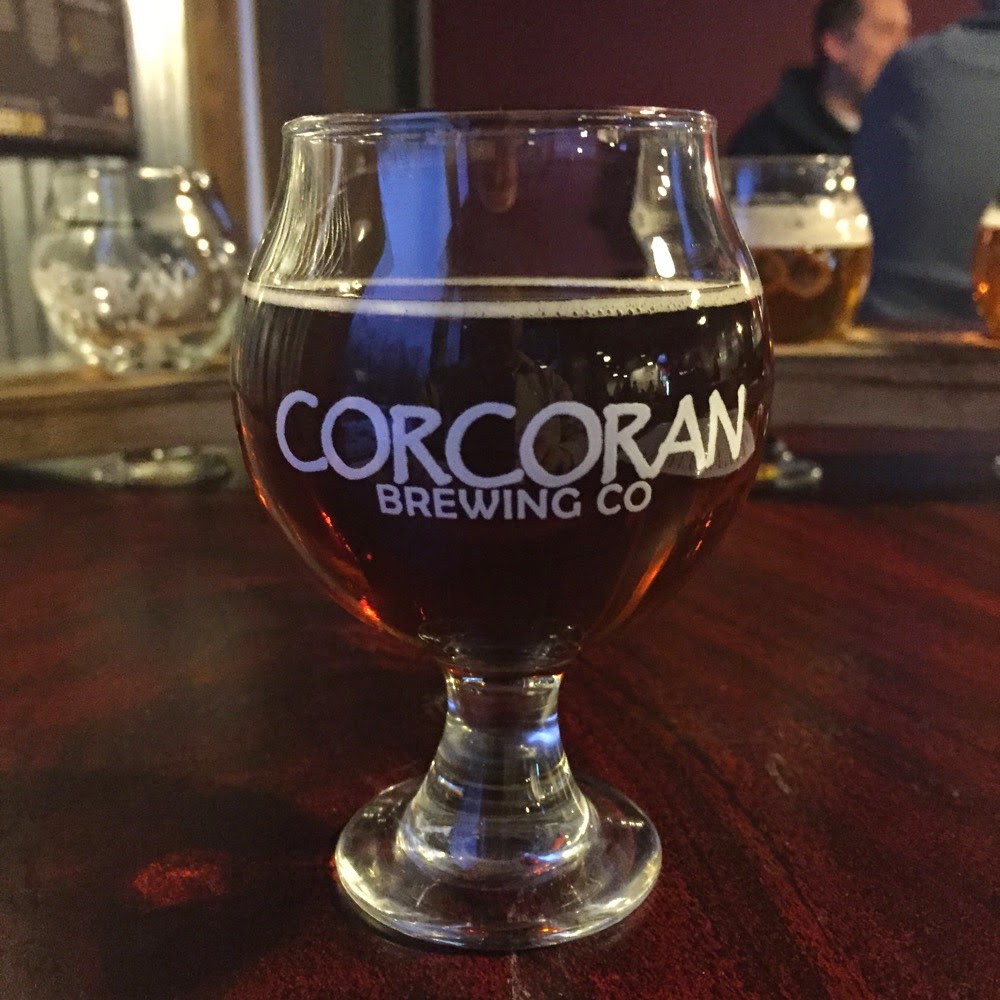 P'ville Pale Ale: I am assuming P'ville is short for Purcellville. This one starts off a little better with a nice hop flavor and then tapers off slowly. Its a nice slow roll, but it doesn't start with enough to carry the day. Its better than Corky's Irish Red, but where I gave that one two stars, I only gave P'ville Pale Ale three stars. 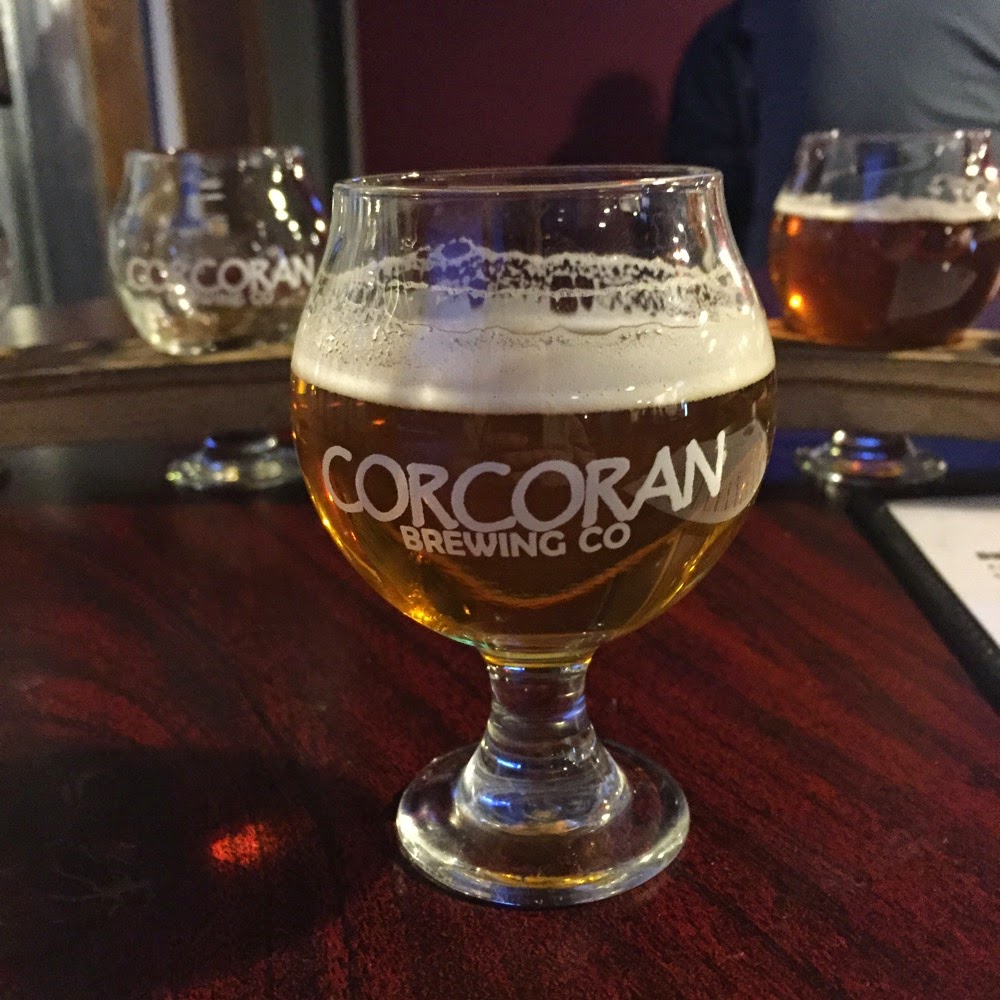 Loco IPA: The was an American attempt to set a standard for IPA. The entry level flavor was good, but it lacks the punch of hops that we have come to expect from the general IPA market. Afterwards it pretty much to be expected. It better than some brands of IPA, worse than others. Again, three out of five stars. 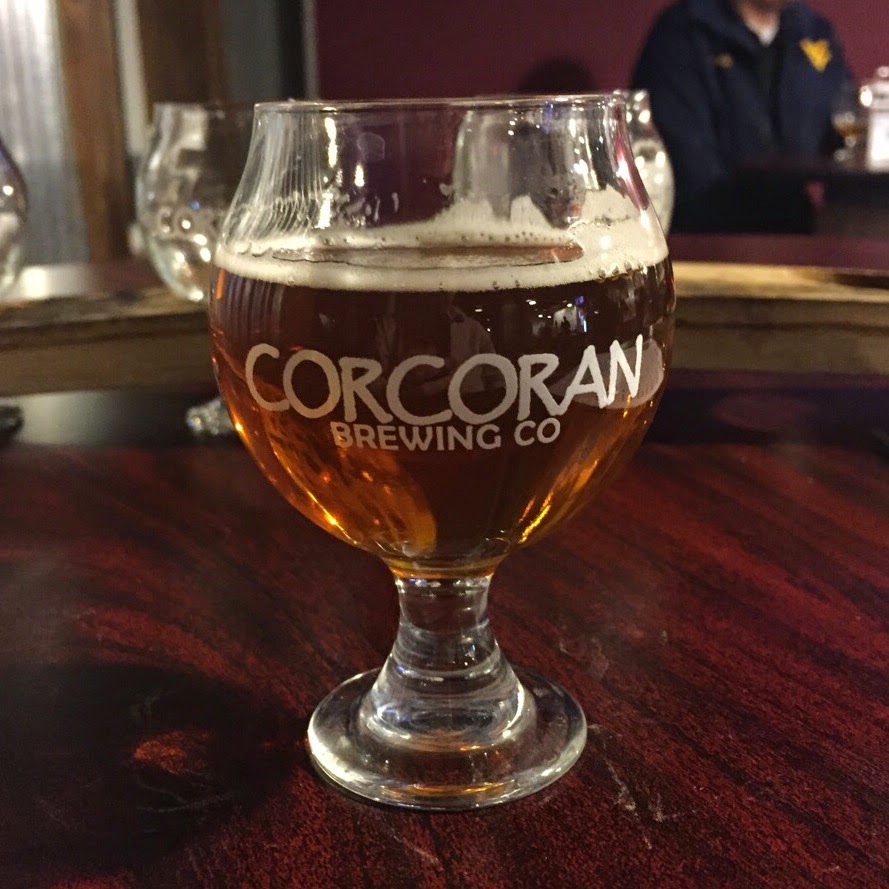 Paeonian Porter: This one turns out to be my favorite of the group. The vanilla and chocolate porter tried to pull off an outright success, but ultimately fell short. It had minor bits to the solution, but not anything overwhelming. It had all the makings of a nice porter but again nothing overwhelming. 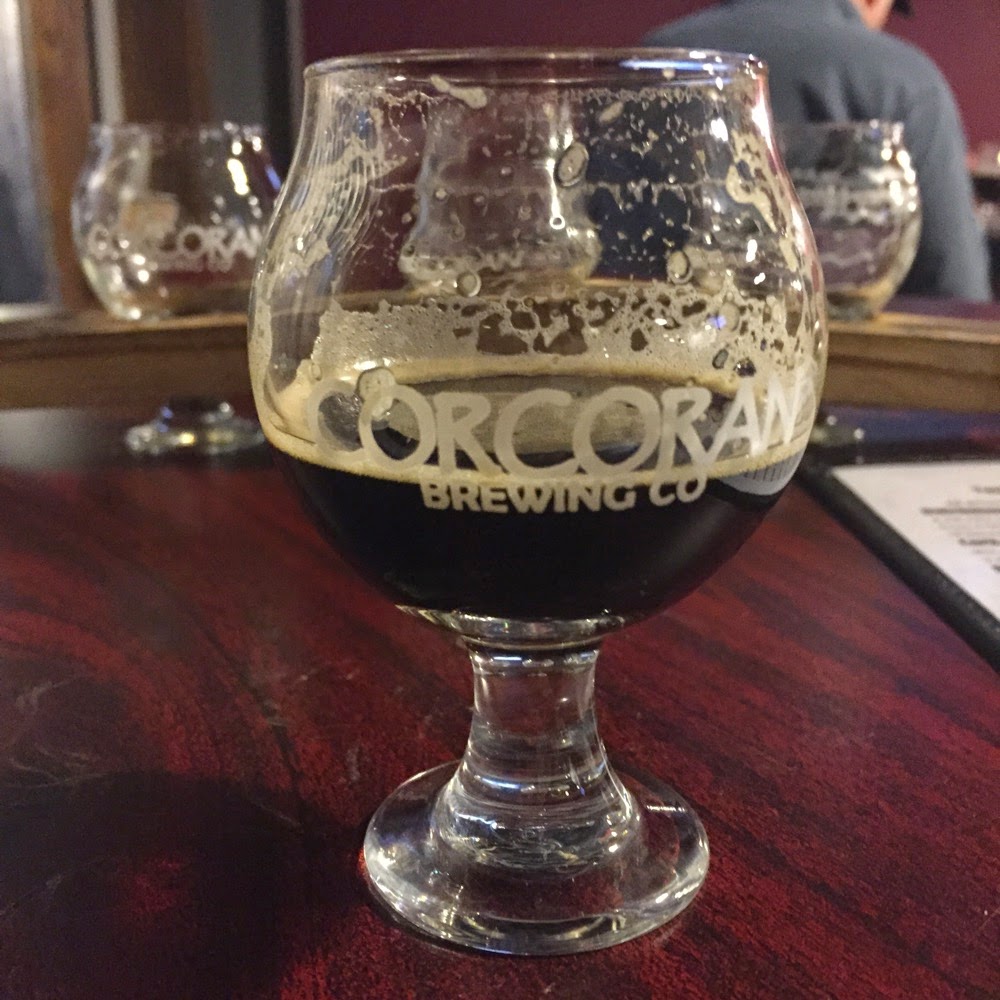 So, it turns out that there is countervailing evidence the general rule. Corcoran Brewery is proof that a full beer menu, friendly competition and locality to a significant river is not proof of a good brewery. It takes more than having those things in your locality, you actually have to do something with them, and our next brewery review points that out in spades.
Posted by Brian Smith at 1:26:00 PM