A few weekends ago the 5th Annual Northern Virginia Summer Brewfest had a craft beer celebration out at Morvern Park in Leesburg. Most of the festivals I've attended over the last few years have done a great job with the beer so now I have started to look at other factors, the intangibles that make a festival a great experience or a fiasco. We have all been to festivals that are too crowded, no parking, beer ran out early, and frankly just annoying. My intent is to use the NoVa Summer Brewfest as a case study of how to run a festival.


There was only one real hiccup and that was actually finding it which was entirely my fault for not reading thoroughly on the website.  I know a little due diligence on my part would have prevented me from running all over northern Virginia. I do know I was not the only one that had issues with directions. Now that we have gotten my stupidity out of the way,  let's take a closer look at the Brewfest itself and what they did well.To do this we are going to break it down with a photo collection. 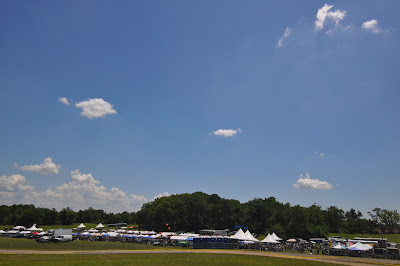 The location was excellent, on the outskirts of Leesburg adjacent to Morvern Park. Parking was plentiful and free and to keep things interesting Civil War re-enactors had encamped nearby. Musketry occasionally rang out throughout the summer day. 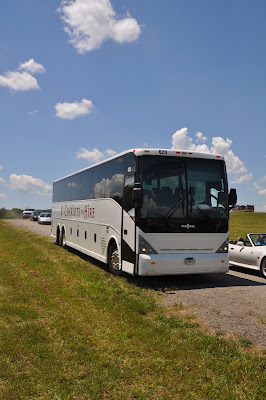 Safety first! This was actually a reoccurring theme throughout the event. Here is a prime example, the festival had organized a shuttle service of several coach busses that could transport people to and fro from the Vienna metro. You paid a little more for your tickets but didn't have to worry about all the hassle. 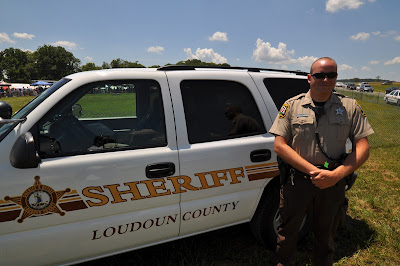 Another example of safety first. Local law enforcement was on the scene, very courteous, and making the rounds. 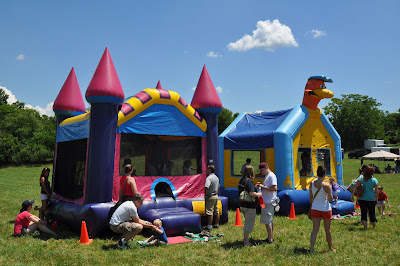 Kids had an area all for themselves with not just two bouncy houses... 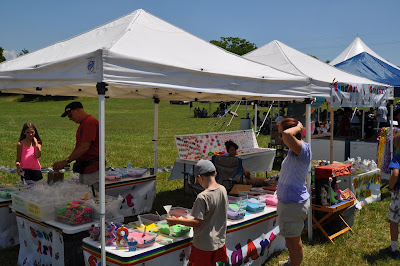 ...but also other fun activities including balloon animals...and seriously, who doesn't love balloon animals. Seriously, this was a nice inclusion and promoted a family friendly atmosphere. 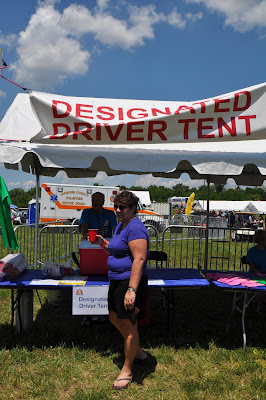 The designated driver tent was manned and providing complimentary beverages for those responsible heroes. 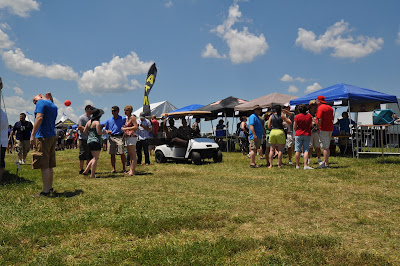 Law enforcement officers made the rounds throughout the festival grounds. 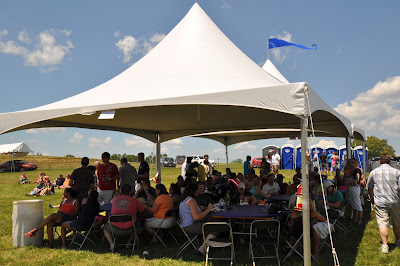 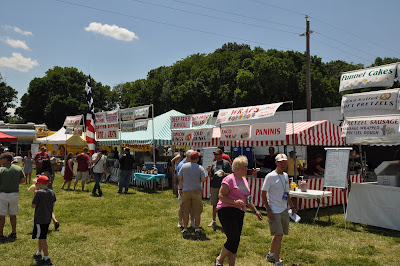 Speaking of foods, there were a wide variety of foods for peoples enjoyment. Not only the usual assortment of beer festival food like sausages and pretzels, but also Thai, paninis, and other various sundries. 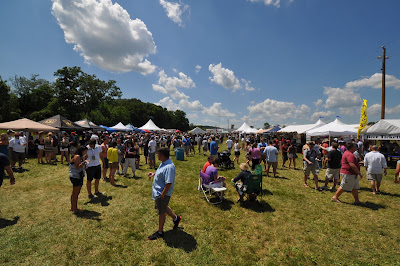 Plenty of open space between the tents...Brewvival take note. I can't stress how important this element is. Nobody likes to be packed in like sardines. In the center row were a variety of vendors and artisans adding to the festival atmosphere. 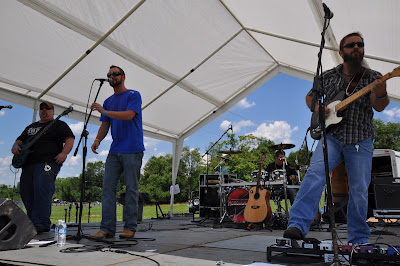 There was live music, always a nice addition to any festival. Rebelicious entertains the crowd during their set. Overall there were 8 bands throughout the two day event.

All these above elements form a nice solid foundation so people can enjoy their time at the festival, but they came here for a reason. So let's actually take a look at the beer. Before we dive to far in though... ...a word of thanks to the volunteers. They did a great job. All the tasting booths were manned by a motivated and fun volunteer corps that was friendly, courteous, and hard-working. This allowed the brewers a chance to talk with folks.

As for beer, a majority served up by the breweries were refreshing summer seasonals which was to be expected. As we have discussed earlier, summer seasonals can be defined in all sorts away so the diversity of beer meant there was something for everyone. 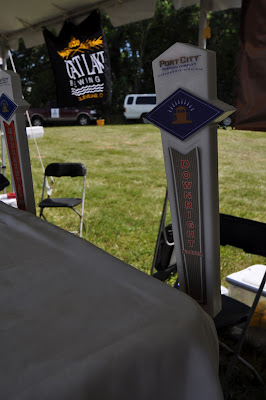 Local up and comers were represented. Port City Brewing brought their summer seasonal Downright Pilsner. They were joined... 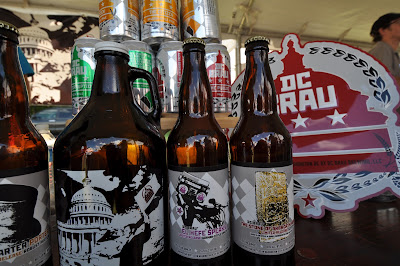 by their colleagues across the river, DC Brau... 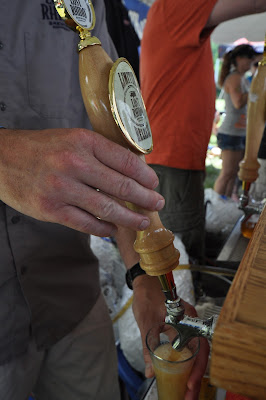 ....and the fine folks from Lost Rhino along with others. 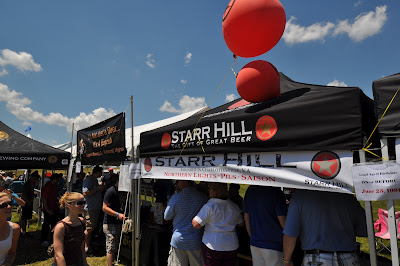 Your regional breweries are represented. Here is Starr Hill out of Charlottesville, but DuClaw, Weyerbacher, Williamsburg Alewerks, and others had turned out. 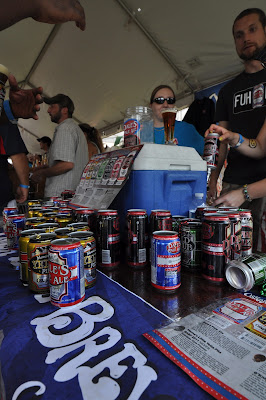 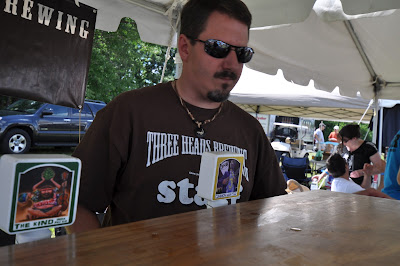 New kids are encouraged to share their hard work for the enjoyment of the masses. Three Heads Brewing came down from Rochester, New York. Other new breweries to the event included Blue Mountain and Climax Brewing. 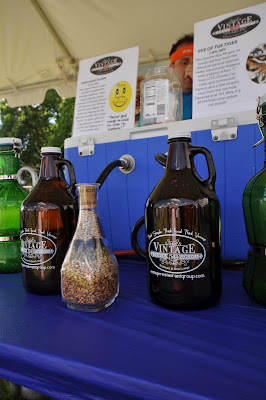 Your major sponsor, Vintage 50, is present and serving up their own quality brews... 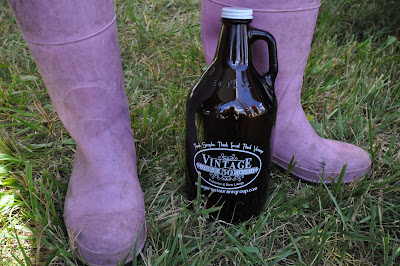 So to wrap this up. What makes a good beer festival? I think you can break it down to these seven basic points: (in no particular order)


I'm sure there are other things I have missed, but all in all the NoVa Summer Brewfest hit all those marks and then some. I applaud their efforts on pulling off a great festival and I look forward to the NoVa Fall Brewfest this October.
Posted by Unknown at 10:44:00 AM